When A.C. Williams, Jr. bought his father’s business, the A.C. Williams Co., in 1886, it was a leading manufacturer of hardware items in Chagrin Falls, Ohio. After fires in 1889 and 1892 destroyed the Chagrin Falls operation, Williams decided to move the company to Ravenna, Ohio. It was soon after this move that a Detroit buyer suggested that the miniature product models carried by the company salesmen would make nice toys. This suggestion led to the beginning of the A.C. Williams Company’s venture into toy and bank manufacturing.
The expansion into toy production soon increased, making the company the largest toy and still bank manufacturer in the world, bringing them well-known chain store customers like Woolworth’s. The company’s production of still banks grew rapidly, including large numbers of character, animal, transportation, and building bank types. Production boomed until the beginning of World War II, when iron was needed for military consumption. After the war, the company continued to manufacture toys until 1977, although bank production was never resumed.*
Please click here to visit this website  where I found the history*
Streamlined Art Deco Sedan
A.C.Williams painted cast iron art deco era sedan
with rubber tires mounted on wooden rims.
This is a take apart chassis. The 2 parts are separated
when the rear tire is removed.
Length:  8"  203 mm 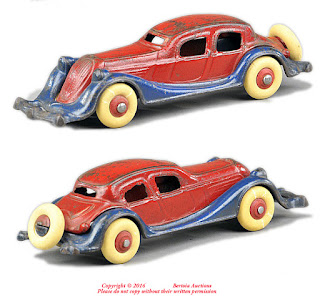 I've written about the fine cast iron cars and trucks that A.C.Williams made.
However, like most of the other American cast iron toy manufacturers, A.C.Williams also manufactured banks. Most of their banks were "still banks". A still bank simply allows money to be deposited through a hole in the top of the bank. The other form of bank is called a "mechanical bank". A mechanical bank has a cocking mechanism. When a coin is placed on a part of the toy, and the trigger is released, an action causes the coin to be deposited into the inside of the bank. 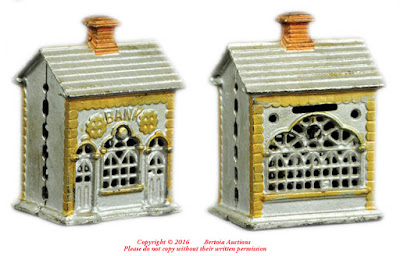 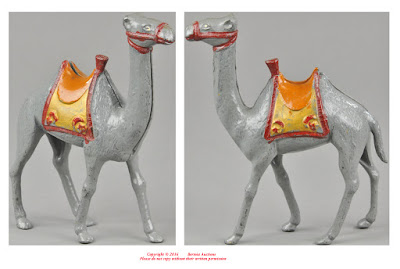 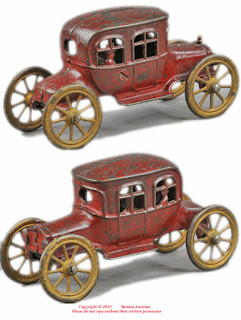 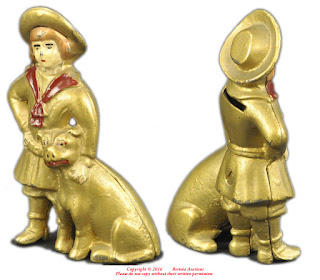 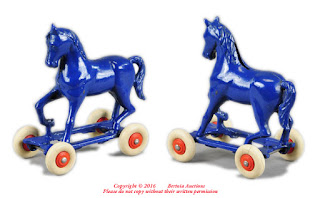 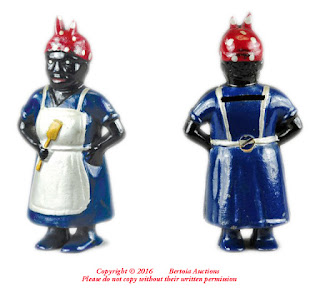 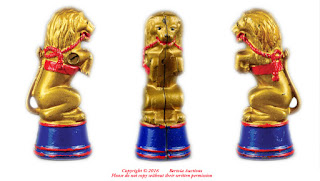 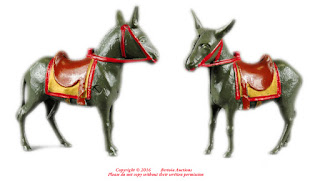 Thanks for dropping by,
and have a great part of the day  or night,
wherever you may be.