Can Anyone Identify This Train Set

I received a fine set of an old train from Mr. John Spickard.  Unfortunately, my 2008 IMac stopped working, so I had to wait to save up some money to buy a new one. Thankfully, my brother was kind enough to send me his updated one which is a 2013 model. I needed a technician to update this computer, and I have to work with a subscription version of the latest Photoshop at a cost of $ 9.99 / month  in U.S. dollars of course. That's progress for you. I had tried to use my my Photoshop 5 version, but there were all kinds of loading problems.

Mr. John Spickard had sent me a letter on December 30, but I couldn't work on his blog post until now. I probably could have used my old version of Lightroom (Adobe software), on my wife's computer, but I was worried that I might mess up her computer. SO I waited until today to write this post on my "newer" IMac.

John's photos of his train set looked like George Brown's, but I'm no expert, so I just sent John an e-mail with a scanned page from The George Brown Toy Sketchbook. This is a great reference book from Pyne Press (1971). It measures 14" tall  (35.5 cm) x 10 1/2"((26.5 cm) wide.
There is a very good introduction to the history of George Brown's company and, of course, George  Brown.


I asked John for a short story about how he acquired this fine set of old trains, and this is what he wrote:


"My father who passed away in 1995 was the person who acquired the train through a gun trade deal. He was a gun dealer in the 60’s and would sometimes trade items he thought that could be if some value along with cash for some of his old muzzleloaders and rifles later in his life, he came upon possession of it around 1980. I would be interested to know an approximate value of the train in today’s market if someone would know and would like to sell it to the highest bidder some day." 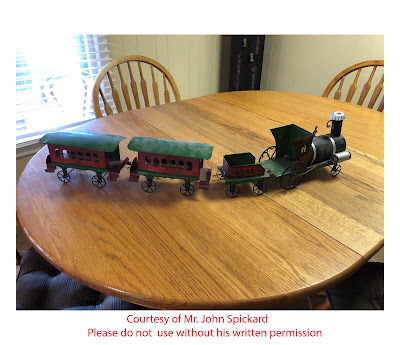 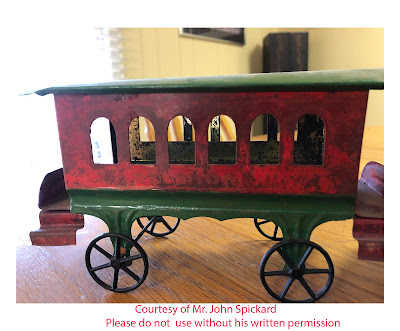 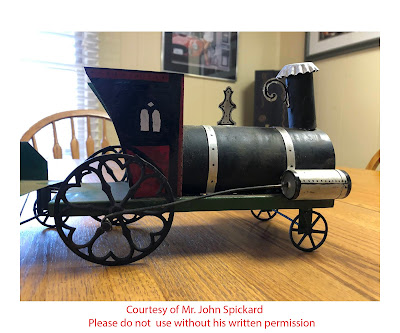 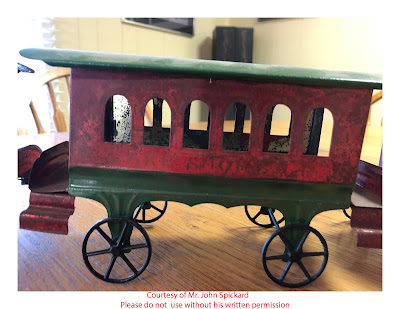 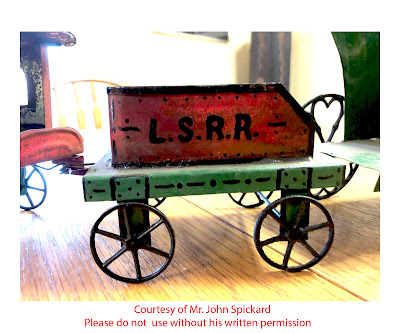 So, that's it for today. If anyone out there has any information or better still, owns a set like this, would you please write me at the address below.

Posted by toysearcher at 7:57 AM No comments: