A Reader Asks for Help


A Reader Ask for Help

I received 2 images several weeks ago from a reader by the name of Sharon Y. Parrish. The images were very small and there were only 2 of them. SO I replied that I'd help Sharon out, but would need both larger-sized photos,as well as more of them for myself (to improve) and for my readers to see.

I've not been very busy writing. Heidi (my wife) and I have had work on our house (to better insulate the extension of our sunroom, and to give it better structural integrity. Then we needed some major plumbing (still in the work stage) in the basement. As well, I've been managing my own retirement funds by being a day trader.  I wouldn't recommend this to anyone, since there is too much "behind the scenes" that one has to learn and is not shown or known to moist readers. As far as that's going (for now), I'll just rephrase that famous lawyer expression - "An investor who has himself as a broker is a fool".

Sharon resent me more photos and I was able to improve them with some better exposure, and placing them against my usual - remove whatever background is presented and show the item against white. Sharon's doll is 4 1/2" tall x 3 1/2" wide or 115 mm x 91 mm. She inherited the nice doll from her late great aunt. Sharon also said that the doll is an antique of Asian origin,and was an ornament.

If there is someone out there who can help add more information about this fine doll, both Sharon and I would appreciate that.

I absolutely have no knowledge of this toy, so for sure any information would help. I'd like to know if the doll is a female (I'm guessing), and what those 2 black circles on the upper legs with the black dot in the centre are. 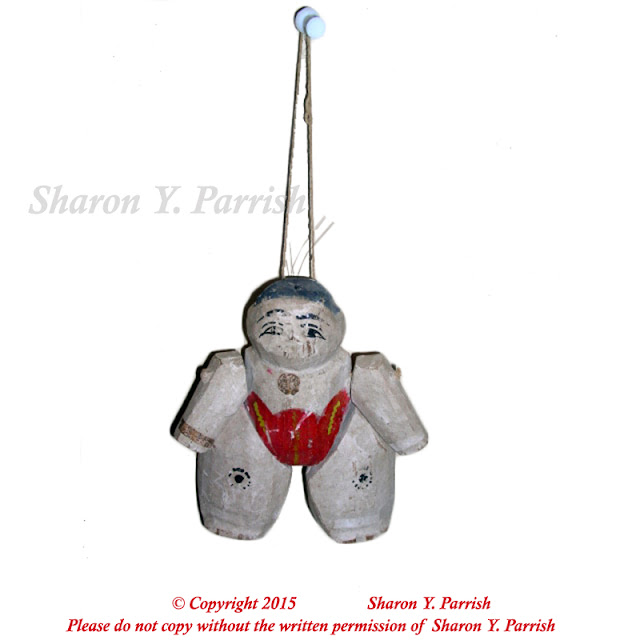 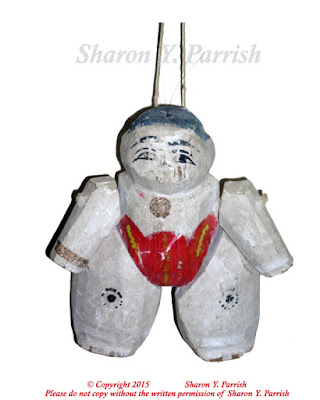 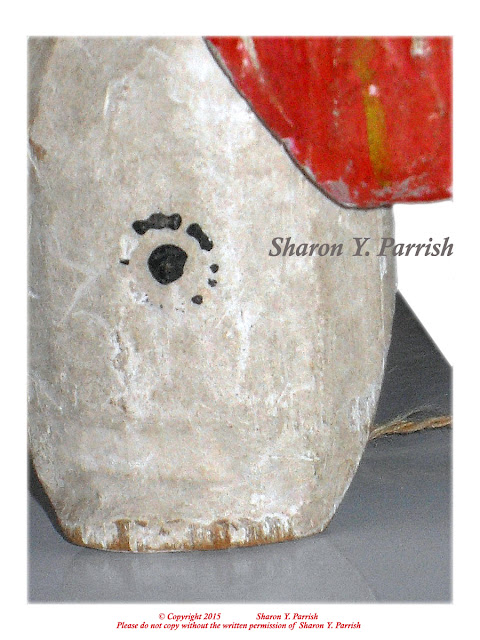 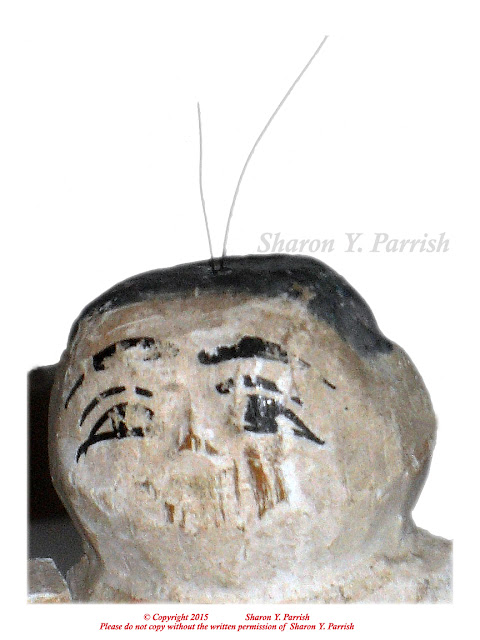 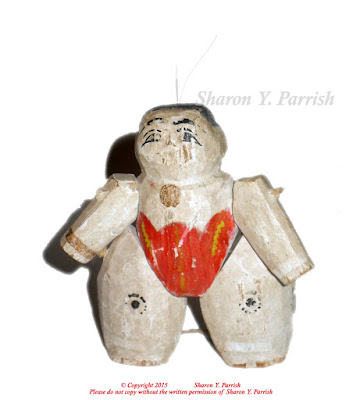 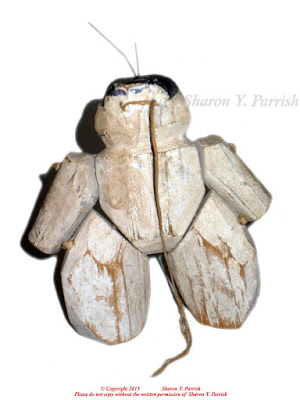 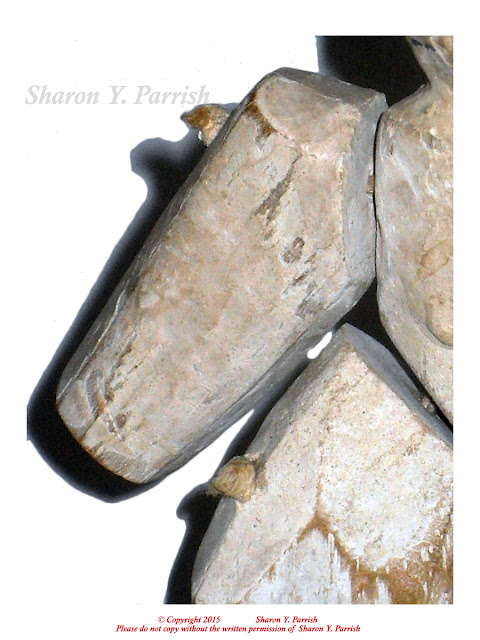 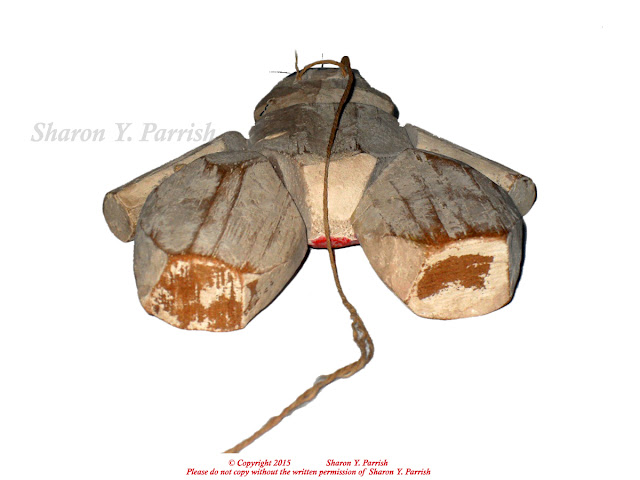 I like the exaggeration of the dolls form, as  well as the very  minimalistic carving cuts to the wood.

So that's it for today. I hope your weather wherever you are is better than here in Montreal. We had a very cold MArch, then April to July wasn't exactly memorable. Now August is already past the first week, and it feels like the fall. Of could on the bright side, at least it's not hailing. My brother in Calgary, Alberta had 2 days of hale - in summer and worse of all, they're having a dry summer. The Alberta economy has been hit by low oil prices (Alberta is a major world player in this commodity). Worse, their cattle industry is suffering from a draught (low rainfall) and high hay and feed prices for their great cattle industry (their angus cattle are very famous for their flavour and tenderness).

Thanks for dropping by,
and as always,
have a great part of the day or night ,
wherever you may be,
Stacey Bindman
majortrout@hotmail.com

Posted by toysearcher at 2:28 AM 3 comments: