Another Fine Toy Needs to be Identified

Another Fine Toy Needs
to be Identified

This week, I received another inquiry  asking if I could identify an old toy. I tried to find a similar toy, but couldn't. Thus, I am asking all readers if they might help my guest and I to identify this fine toy. Below are several photos to illustrate how the toy looks.

I wrote to Shirley to ask for the dimensions of the toy to help out. When I receive that information, I will add it to this post.  I would think that the toy is made of painted tin. Also, the toy does appear to be old, and it might be from the late 19th century or early 20th century.

I know that there are a lot of terms for these "vehicles".  It might be called a "surrey", a  "coach", or even a cab. Also, the toy could be American-made such as by George Brown. It might also be European. 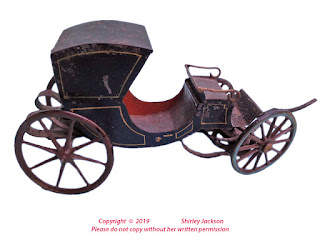 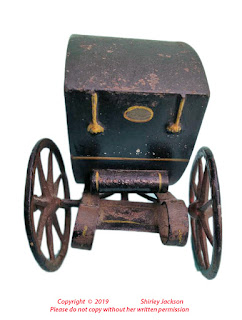 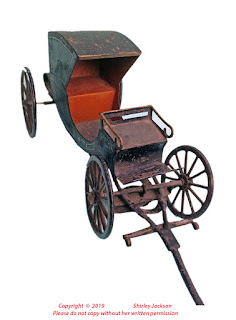 So, if there is anyone out there who has such a toy, or might know what today's toy is, would you
please send me an e-mail so that I can share the manufacturer with Shirley Jackson, and all of my readers.