The Industrial Revolution  (1760-1840) was a transition period whereby industry in Europe, and later North America was transformed from manpower to machine power. New methods of power were created and discovered to increase production. These included water power, and also steam power. There were abundant coal reserves in Europe which were able to produce the steam for the vast number of machines that became the replacement for manpower. These included large presses and weaving machines (looms) that were able to replace many people and produce many more goods than had ever been produced before. 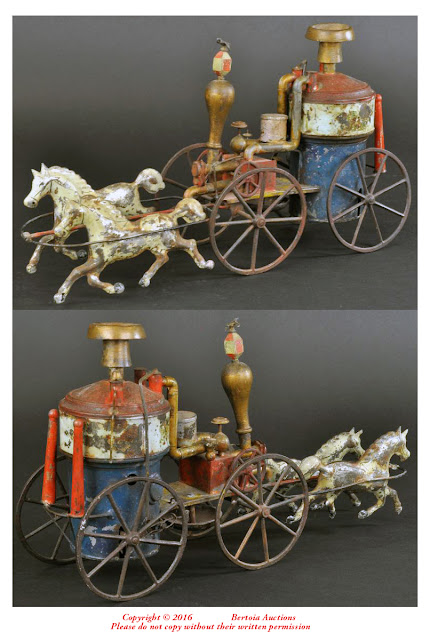 A scan (below) of the George Brown steam engine from the catalogue
suaid to have been produced between the 1860's-1870's. 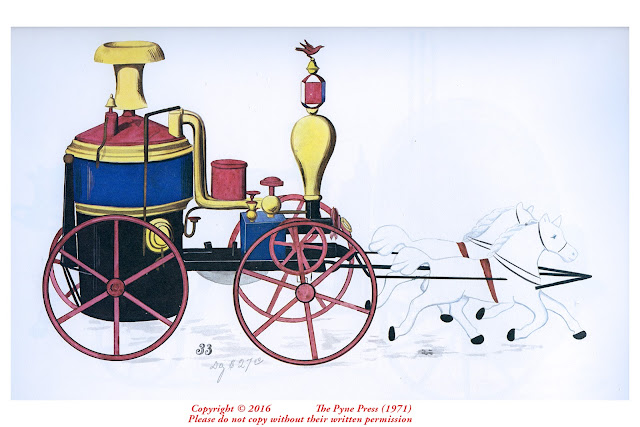 The toy below appears to be a stand-alone toy. If the large green wheel was hand cranked, all of the parts of the toy would move to simulate a steam engine. Alternatively, a "real" steam engine could be directly attached to the toy via a cord or metal cord. This would then automatically
cause the Kenton toy to go through all of its' motions. 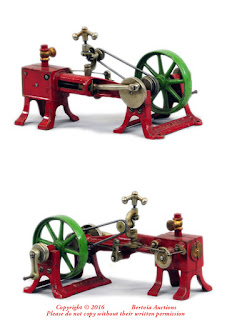 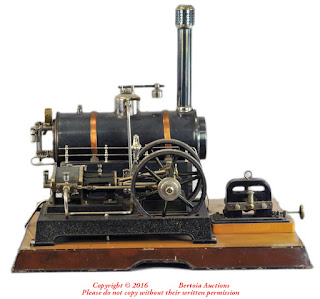 The steam engine to the left could be attached to the dredging ship. When the steam engine was powered up, the energy transferred to the dredger would power the chain and small dredge "scoops" to fill with dirt. The scoops would rise and then tilt, dropping their load to the flat plate. From there, the load could drop into the smaller boat. 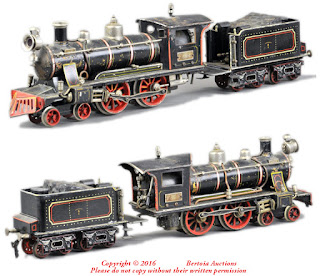 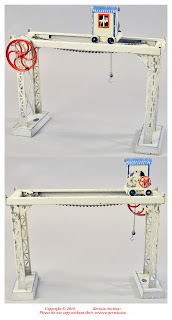 The above toy would have a stand-alone steam engine attached to it via a cord or metal cord.
The energy produced by the steam engine would allow the flywheel (the large wheel on a steam engine) to transfer the energy to the flywheel of the gantry crane. From there the small house hoist would move back and forth on the tracts, as well as lift an object from the ground.

Thanks for dropping by,
and have a Merry Christmas,
and Happy New Year.

Posted by toysearcher at 1:05 PM