Dinky Toys, which were first known as Modelled Miniatures were first introduced by Meccan (British) at Christmas of 1933, and ended when the factory closed in 1979. During the 46 years that these toys were made, millions and millions were made for the enjoyment of children, and later on for the enjoyment of collectors. The idea for these small die-cast toys were from the inspiration of the Tootsietoy Toys that were already being made in the USA.

Within a short period of years, these toys were the most popular in the world, and the name "Dinky Toys" entered the lexicon of the English language being defined as any small toy vehicle - car or truck alike. There were hundreds upon hundreds of different car and truck models made during the timespan of the company. There were even airplanes and farm machinery toys.*

I've taken a cross-section of 10 Dinky Toys from Vintage-Toymasters on ebay,  and there is no direct correlation between the age of the Dinky Toy and its' value as a collectible. In other words, the oldest toys are not necessarily the rarest or the most-costly, were you to but them on the open  marketplace. In all cases, these toys have appreciated in value over the years, and their prices to purchase are relatively high compared to their original costs.  As usual, having the original boix that the toy came with, appreciates the value of the toy. 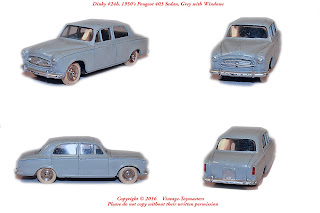 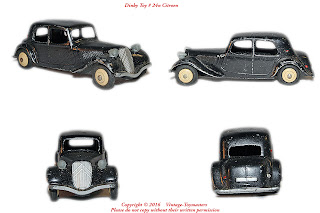 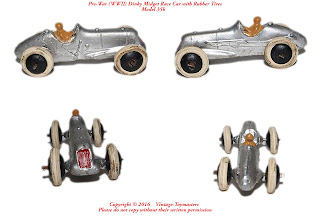 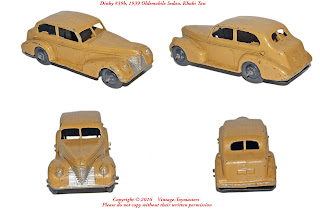 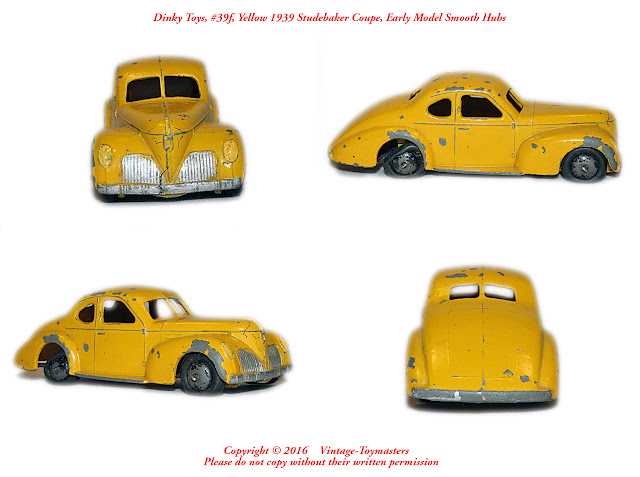 If you carefully look at the above toy, you'll notice some hairline cracks at the front hood area. Early die-cast molds had some problems due to the nature of the metallic composition of the toys.
In later years, the  metallic composition of the different metals was improved,
so that the cracks were no longer a problem. Nevertheless, the toys do sell for their
asking price due to their value as collectible toys. 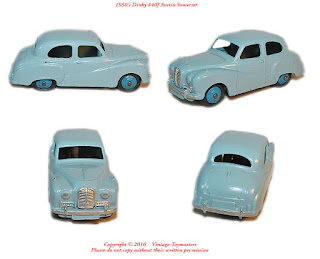 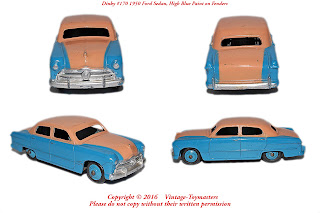 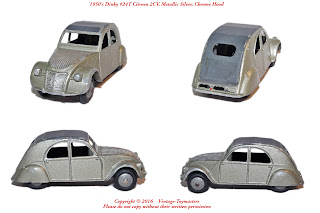 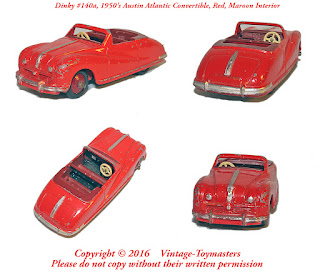 Posted by toysearcher at 6:54 AM