Matchbox is a very small type of toy that literally fits into a matchbox, hence the toys are called Lesney Matchboxes.  The original company was started by 3 people, Leslie Charles Smith and Rodney Smith and Jack Odell (who subsequently left) started the company in 1953.The company name was devised from the partial first names of the two Smiths. Their first  best seller was the toy  model coach of Queen Elizabeth II, who made her coronation travels in  the original coach . This sold more than a million toys.

The impetus for the size of the toy was based on Jack Odell's daughter. Children in her school were only allowed to play with toys that would fit into a matchbox. Mr. Odell had one of those "Eureka moments", and got the idea to manufacture toys that would fit the size of a matchbox. The first toys were the Elizabethan coach, a dump truck, and a cement mixer. Subsequent toys were mostly  modelled after British Cars, with future models being American, and even included farm machinery, and busses.

By the end of the 1960's, major competitors, such as Mattel USA) started to compete with Lesney. Mattel's small toys were called "Hotwheels" and were quite popular. They weren't as realistic to scale or design to those of Lesney, but children all over the world wanted them. Eventually Lesney went into bankruptcy, were bought up by an other company, which also went bankrupt, and Mattel in 1997 came to own the Lesney brand of Matchbox. 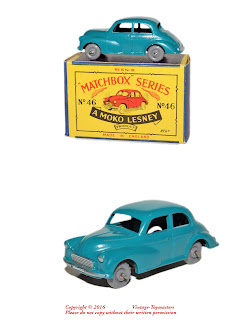 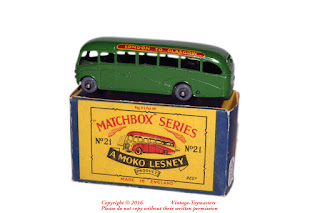 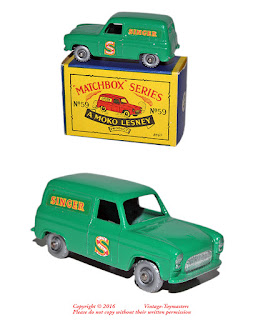 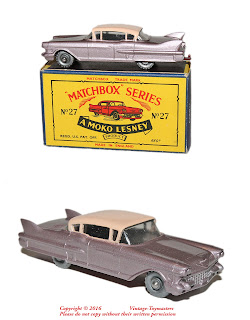 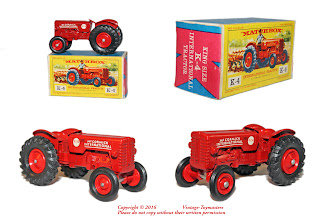 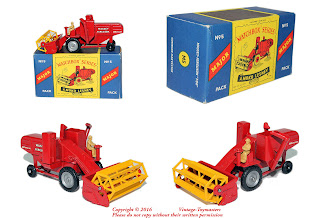 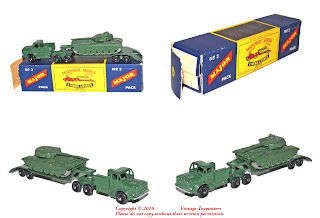 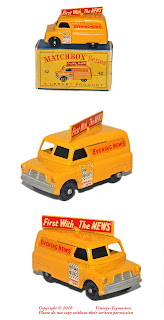 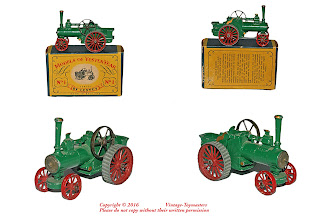 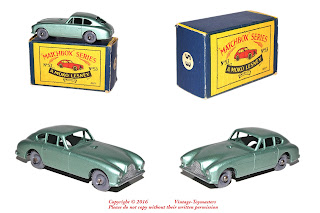 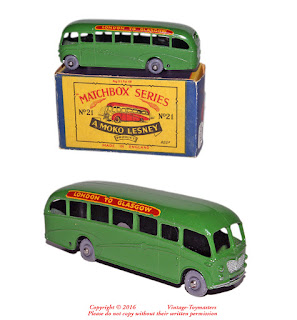 Posted by toysearcher at 8:51 PM