Mr. William E. Schieble originally was a partner in a company called D.P Clark & Company. However, a major disagreement occurred between Mr. Schieble and Mr.Clark, and Mr. Schieble bought out Mr. Clark. The name of the company changed to  Schieble Toy and Novelty  in 1909. The company  continued and produced toys up until 1931, whereupon it was forced to declare bankruptcy and close.

The company made mostly pressed steel and heavy-gauge tinplate for the bodies of their toys. Many of the toys also had friction mechanisms to move the toy.  A friction mechanism is a set of gears that builds up energy as the wheels of the toy are moved along the ground. When the toy is released, it moves.

What I found interesting as I checkered pricing on E-Bay is that the toys are not expense, considering the some of them are true antiques (100 years old).  Another interesting fact is that mist of the toys are large! I only had the length or wingspan (airplane) to work with for measurements, but these are large toys nevertheless. 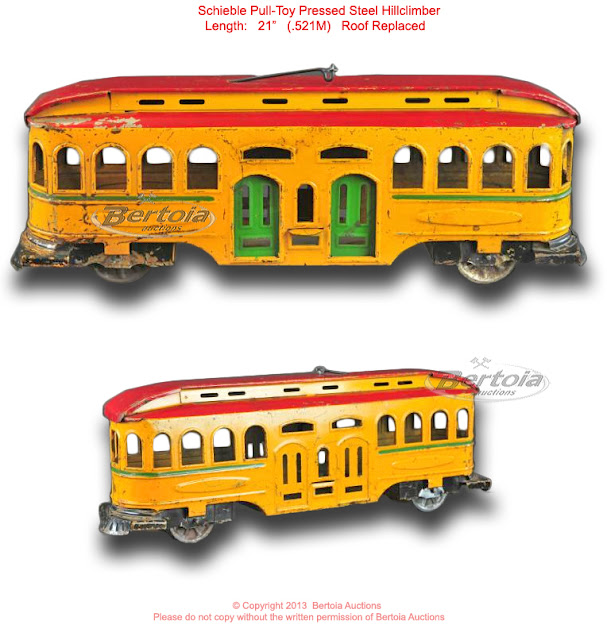 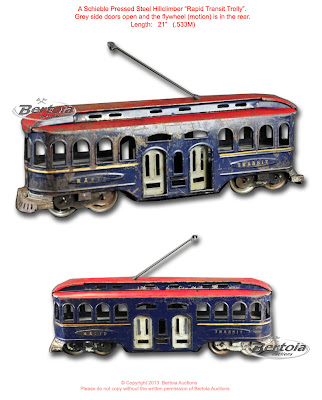 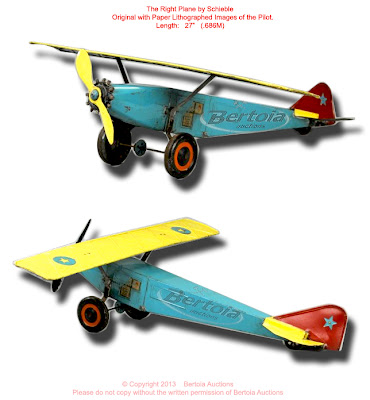 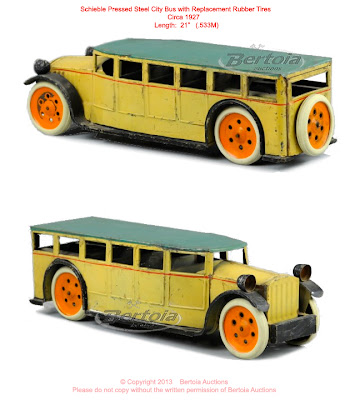 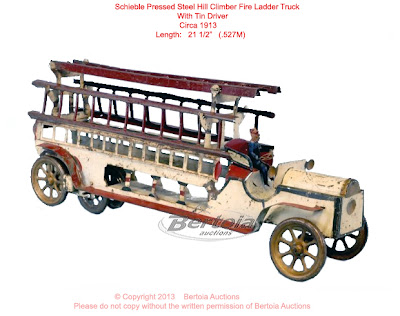 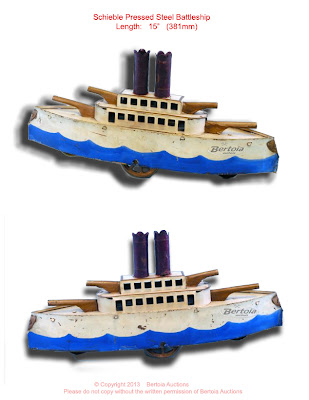 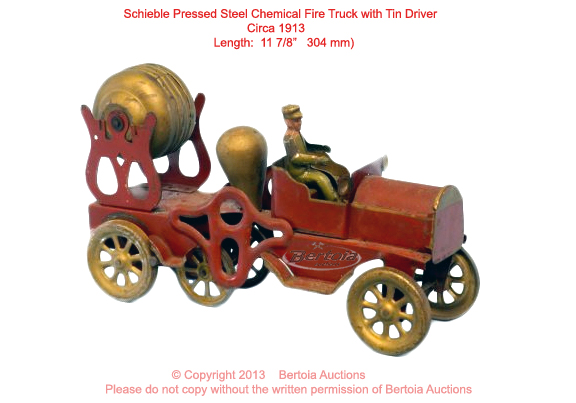 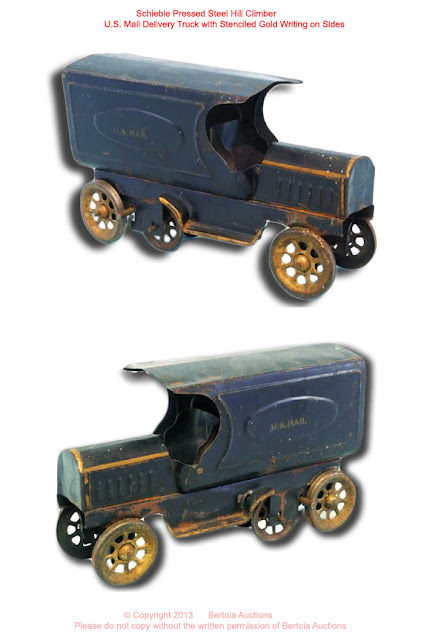 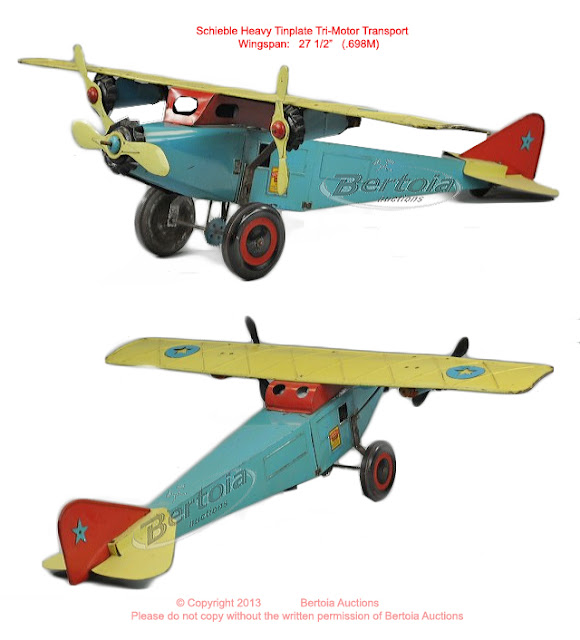 It's almost the end of February, and the temperature has finally started to go above 0 Celcius. March, the March break for schools, and of course Easter will soon be upon us. With the warm weather, everyone  wants to go outdoors and get some fresh air, and work around the house or  take small trips here and there.  What then happens, for myself at least, is that  my sales on E-Bay used to slow down in terms of the speed at which toys sold. As well, on my blog the reader drops by about 10-15%.

So if you're a toy enthusiast, now's the time to venture around searching at garage sales (Canada) or yard sales (USA) for those elusive old toys. Also, there's plenty of auctions coming up at auction houses and companies around the world.

If you do find some interesting items, or have nice items,and you'd like to share them on my blog, by all means send me an e-mail at toy searcher@gmail.com
I'm always open for new stories.I just need JPEG images that are at least 4" x 6" @ 300 dpi (102mm x 152mm).

and have a great part of the day, wherever you may be.

Posted by toysearcher at 3:30 AM