If you came from today's other post, you'll know that I prefer to have only 1 person, seller, collector, or company per post. That's because I like to thank the people by giving them this exclusivity, rather than have 10 different toys from 10 different people. On rare occasions, I've "broken" my unofficial rule, but  I normally keep to it.

As with all of the fine people I have permission from, Mr. Dan Morphy and his company are great people and resources for my blog, and I can never thank them enough for sharing me with and my readers their fine expertise, as well of course, their fine photography. 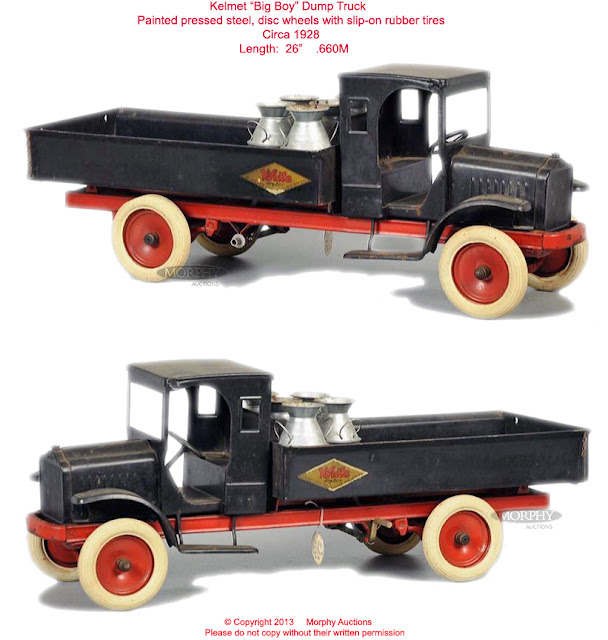 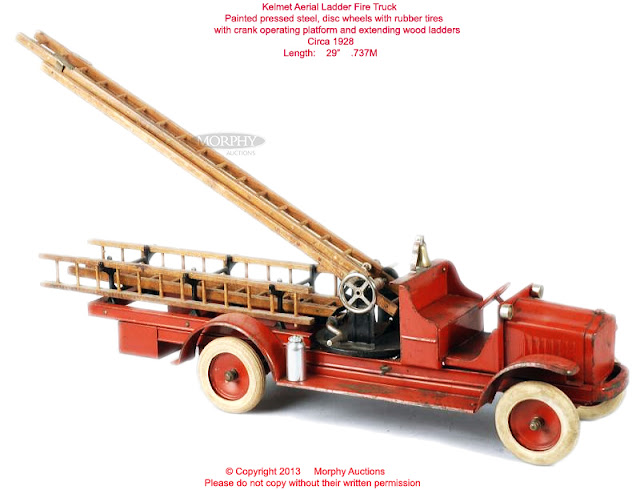 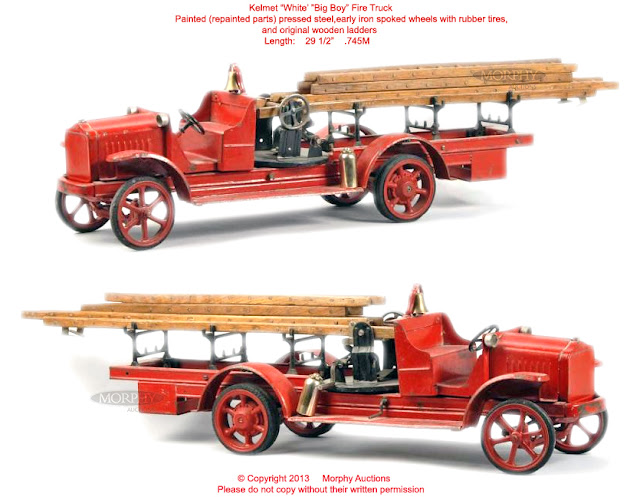 Have a look at the wheels and tires of the 23 previous fire engines. I think that the cast iron spoked wheels with the ribber tires were produced first. Later on, the disc wheels with rubber tires came later. You can also see this same transition with the black and red flatbed truck. 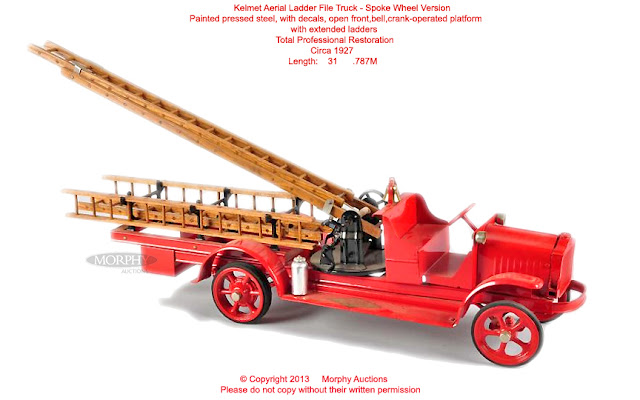 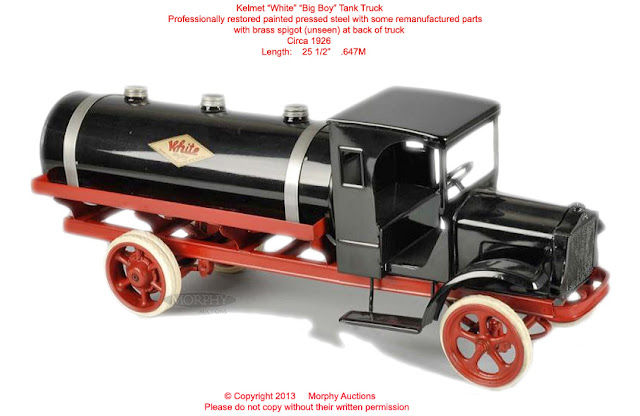 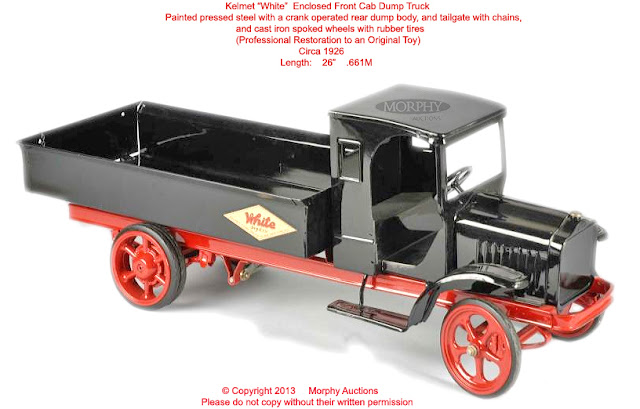 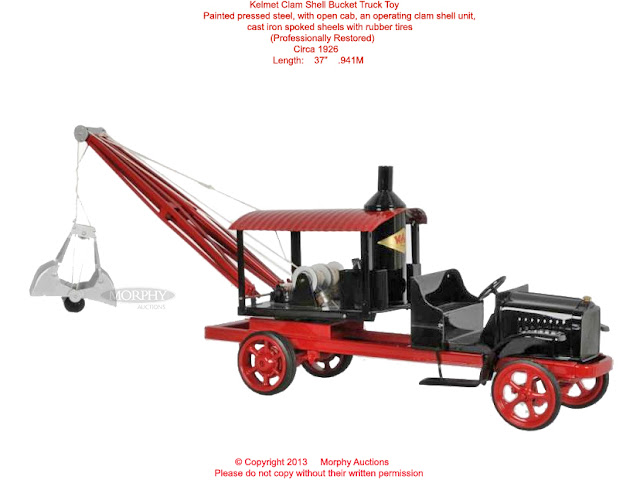 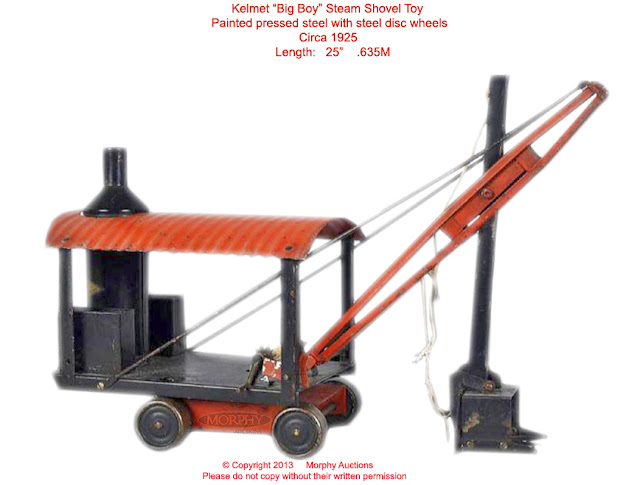 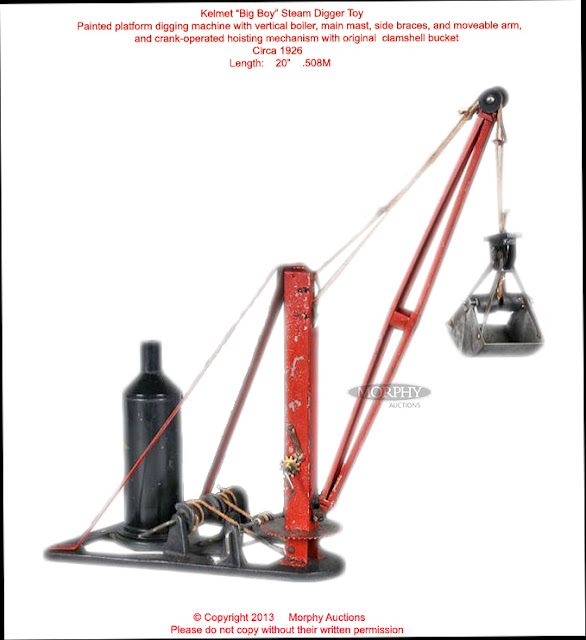 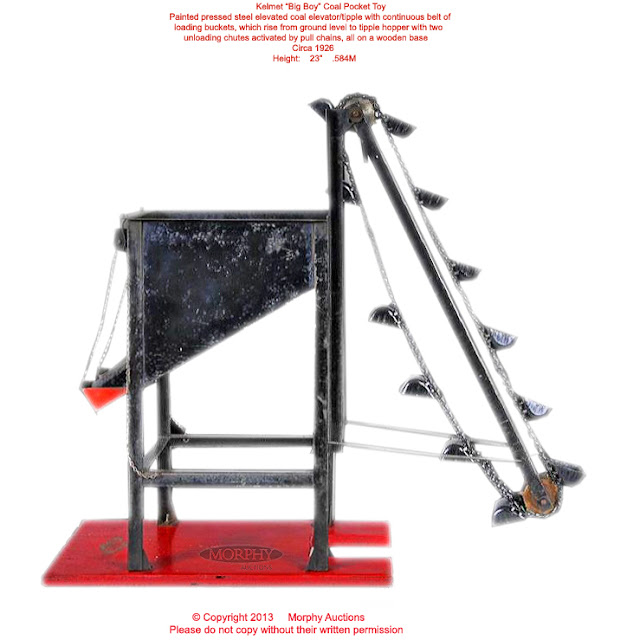 It's always great to be able to present almost all of the toys from 1 manufacture, and I think though, this id the first time, I have done this. Most other manufacturers remained in business much longer, or initially had many more toys that they produced.
Posted by toysearcher at 11:09 AM

Good morning, I m from Azores São Miguel island, end I have one of this toys. My truck needs a wheel. can anybody help me to find where to find it?
tanks for the help.
Best regards.
AR.