I've been looking through my last 488 posts to see what I wrote, and to see what I will be able to write and not duplicate. And so, I came up with today's post on the Sturditoy toy company. THe company was created in Pawtucket, Rhode Island (USA) in 1926 and called the Pressed Steel Company. The company initially started making toy trucks and a steam shovel. Like other companies of the time, the toys were modelled after the real trucks seen on the roads at the time.

Some of their first "batch" of toy trucks were the fire vehicles, while became very popular at the time.  What's interesting about the fire truck was that it had an actual water thank that was filled with water, as well as a pump. A child could actually pump and water would stream out of the nozzle to a distance of 25 feet. By 1925, there was a total production line of 25 trucks. Sadly, with the coming of the Great Depression, the company was forced to close forever in 1933.*

I studied professional photography at a small school by the name of the Rhode Island School of Photography in Providence, Rhode Island. It was a small 3 story old school that was used by RISP at the time.  Rhode Island is the smallest state in the USA, but it's a great place to see. There's Newport (the once summer abode of the ultra rich of the early last century), there's lots of nice beaches, and the people of course are very nice. There was a famous restaurant called Custy's that closed, but reopened later on. At the time in 1972-1973, it was a buffet-style restaurant with an all you could eat menu. It had lobsters, so if you liked these crustaceans, it was fabulous. The food was excellent, but what I remember most about the place was a sign that read something like this"

"Ladies, please do not make us embarrass you, by having to ask you to open up your purse". Apparently, ladies would pack their larger purses with lobsters to "take home", ergo the "notice". 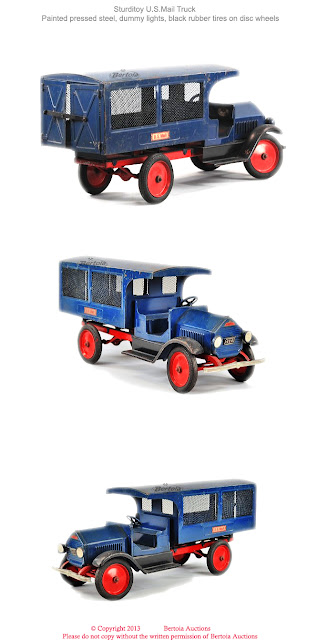 What's interesting to note for toys of this  pressed steel era (early 1920's-1930's) in that many of the different toy manufacturers who made pressed steel toys, made similar toys. As I wrote earlier, many trucks and other toys of the time were in fact modelled after famous "real" brands such as Mack, White, or La France (fire trucks). Naturally, with the toys modelled after the real item,the toys of one company would appear similar to other company brand toys. 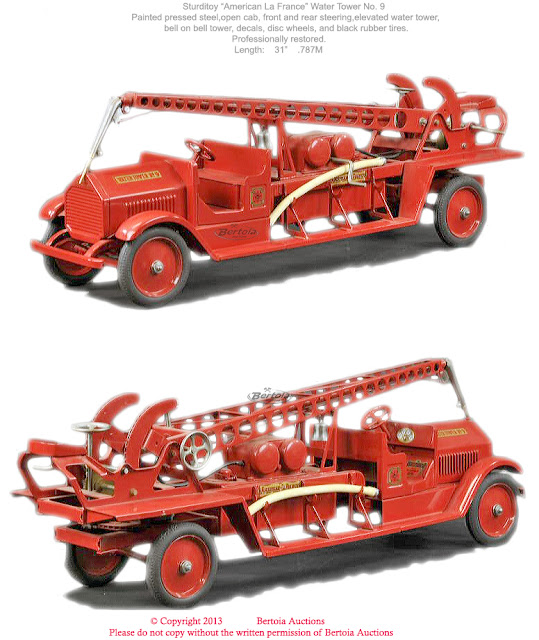 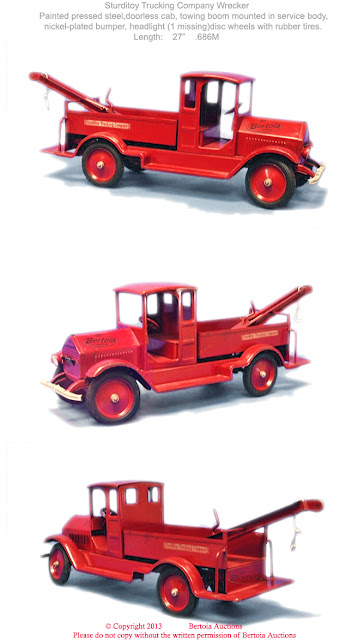 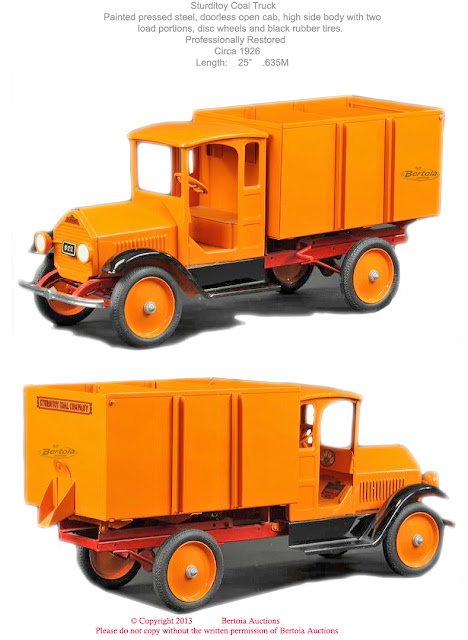 The fact that these toys have lasted for so long, with many in their original condition attests to their fine design and quality of workmanship. To bad the company couldn't get through the Great Depression at the time.

and as always, have a great part of the day,
wherever you may be.

Posted by toysearcher at 5:38 AM

I have a mint condition Tanker Truck like you have on this site. Bought it for less than $40 in 1970 at a Salvation Army store in Chicago and have it proudly displayed on top of a bookcase. Get oohs and ahhs! It is heavy. Also, have a steam shovel.