The Ludwigs and their Moko Collection

The Ludwigs and
Their Moko Toy Collection

Earlier this week, I added a post, and one of the toys was a Moko. I never heard of the company, so I did  search and came across a fine website that has lots of toys, including the Moko brand. Hans  and Ludwig (son) are a father and son who like to collect toys. If you visit their website, they have lots of photos of them and their friends when they are in different places looking for toys.  THeir website has a visitor counter and they have surpassed the 600,000 and 700,000 - Wow! Their site and of course their toys certainly are of interest to everyone.

Hans was most helpful,and sent me a  PDF file  about the Moko company history. As it turned out the name Moko derived from the name of one of the ancestors of the more-recent (circa 1950's) Moko relative.  Moko was an acronym derived from the first 2 letters of the name Moses Kohnstam, a toy merchant (seller and distributor), whose company was called Moses Kohnstam and Company. The article was written by Mr. Kevin McGimpsey and Mr. Stewart Orr in 1988. It was published in Collecting Matchbox Diecast Toys-the First 40 Years.

The Kohnstam family has a strong presence in European toy history having had famous companies manufacture toys for them.  Several generations of the family continued in the business and suffered hardships, like many others during WWII. The toys presented today were made by the Moko Company. The Moko trademark was registered by the grandson of Moses Kohnstam- Mr. Richard Kohnstam in 1949. Richard had associations with Lesney the small diecast toy manufacturer as well.  THe history of Richard Kohnstam is fascinating, but for today, I'l finish there.

Some of Hans Ludwig's Moko Toys 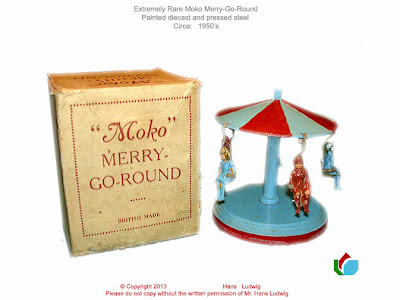 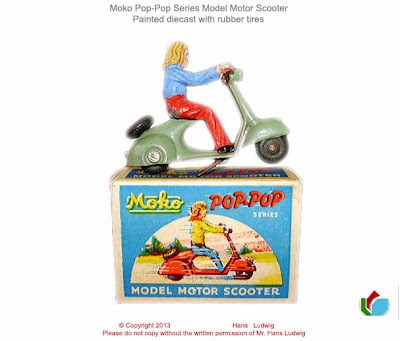 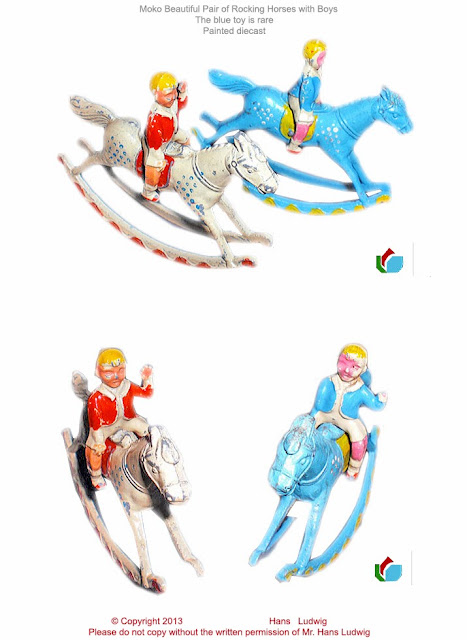 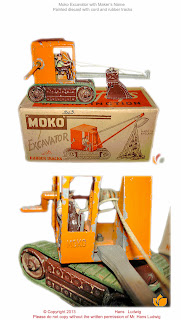 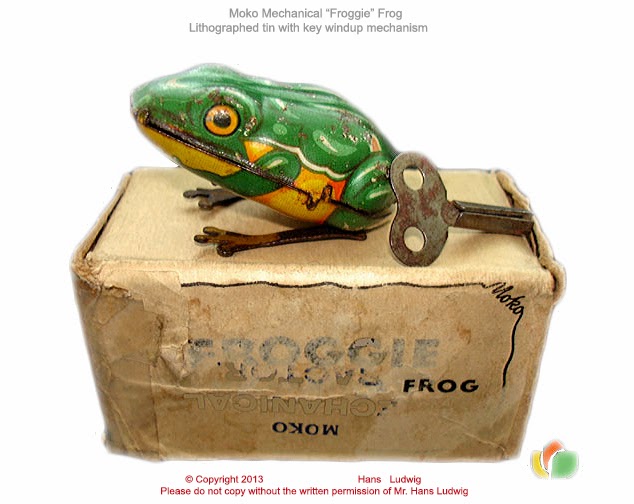 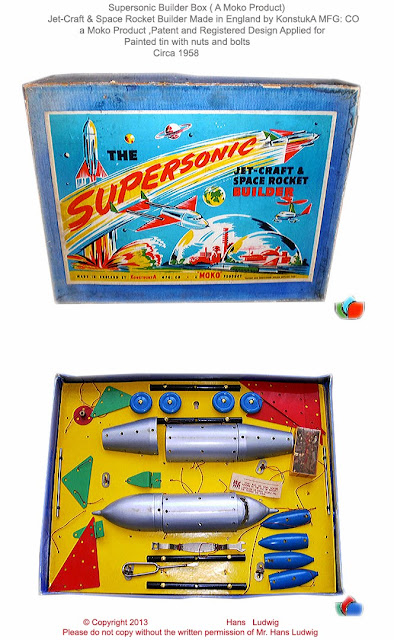 Some of Marco Ludwig's Moko Toys 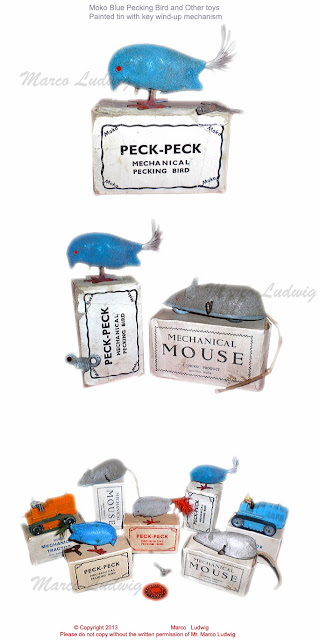 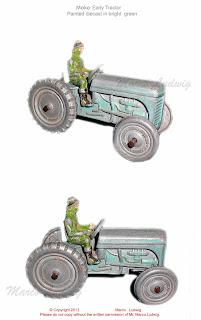 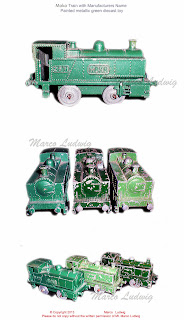 The timespan when Richard Kohnstam's MoKo company  was in business was quite short (about 12 years or so). However he certainly manufactured a broad and diverse collection of toys.  As I was uploading the last few toys from Marco's collection, I realized that I was writing about a father and son who collect toys that several generations of the MoKo family had manufactured over a long time.

That coincidence sort of caught me off guard, and I was moved by the fact the it's nice to see the Ludwigs collecting toys and staying so close together - both of them are adults, but I'm sure Hans started to get Ludwig involved at a young age.

Sometimes writing a post  certainly brings out great discoveries in the toy world.

Thanks for visiting,
and have a great part of the day or night,
wherever you may be.
Stacey
toysearcher@gmail.com