When I first started to post on my blog, I was buying toys on ebay. . 2 years ago, ebay would "generously" give you 1 "free" photo upload,and the rest cost 45 cents or a package of 6 for less. At the time, I would combine 4 photos into 1, and ebay didn't seem to mind.  So when I resold the toy that I'll talk about today, I was able to both describe (in writing) and to present photos. Nowadays, ebay not only allow you 12 free photos,but also gives you free magnification capabilities for viewers. The funny thing though was that most sellers wouldn't show you the underneath feature of the "articulated pistons". Even today, many auctioneers will describe something without showing you a photo.  (e.f a friction drive hill climber).

When I sold  the toy that I'm presenting today, I took photos of the underside to best illustrate the "articulating pistons". Basically, there is an s'shaped axle attached to 2 moveable rods underneath the car. Above the car are small projections meant to show "fire" from the pistons as the car moves.
Of course, as the expression goes, "a picture is worth a thousand words". So for today, Im resenting 5 of my photos (with my maple seedlings logo), and 5 very nice Bertoia Auctions items. 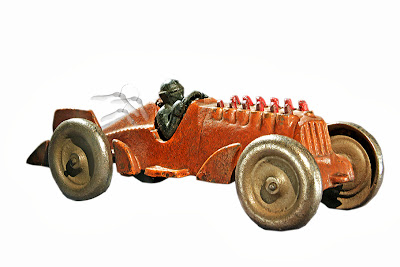 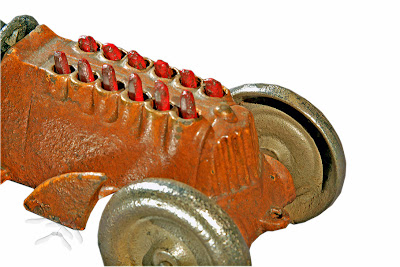 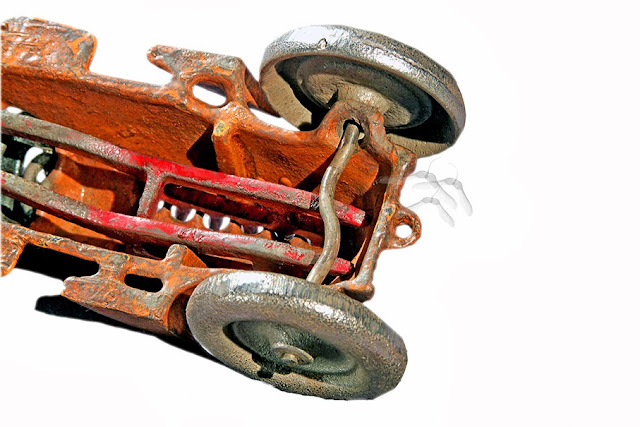 I hope that my photos help you to understand the nature of this toy. 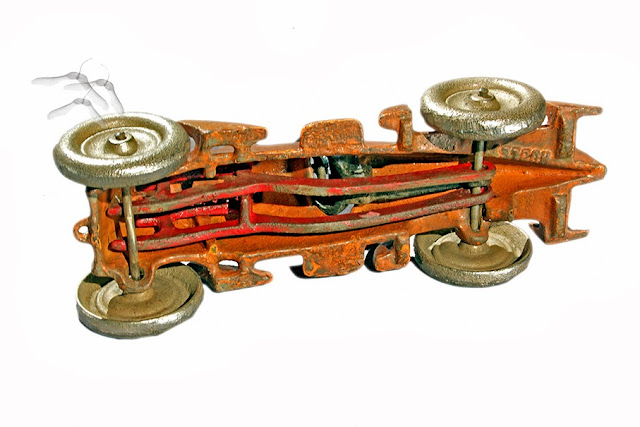 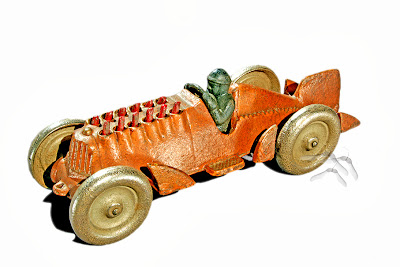 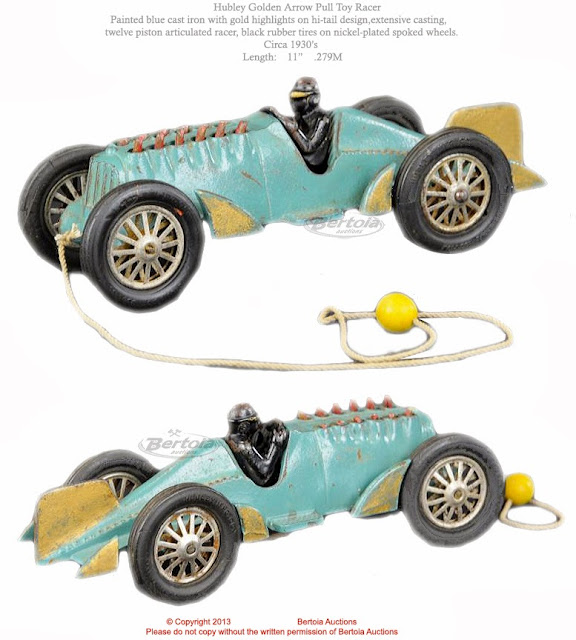 The above pull toy is the most sought after, and will yield the highest prices at auction.
It also happens to be the largest of the articulated cars. 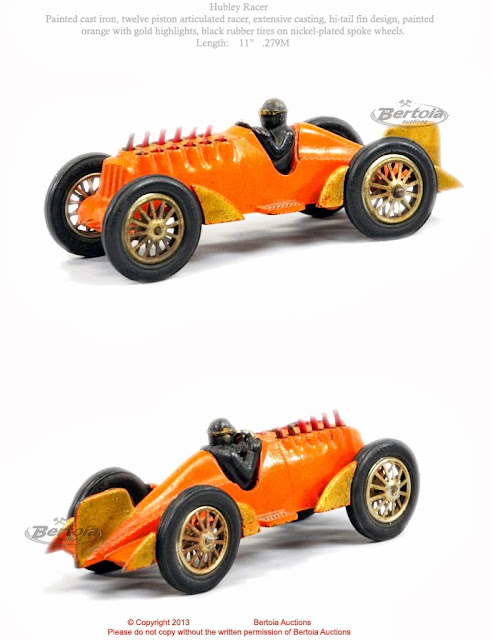 You might have noticed that the above models had 12 cylinders. The smaller ones below have a "mere" 8 cylinders. However, even these "little guys" are nice to look at. 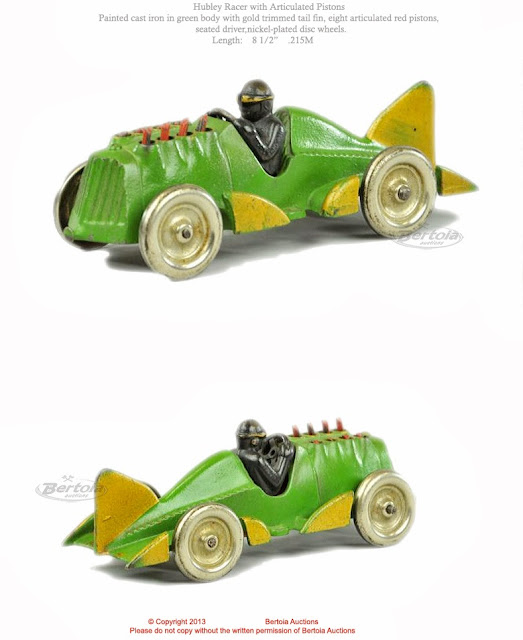 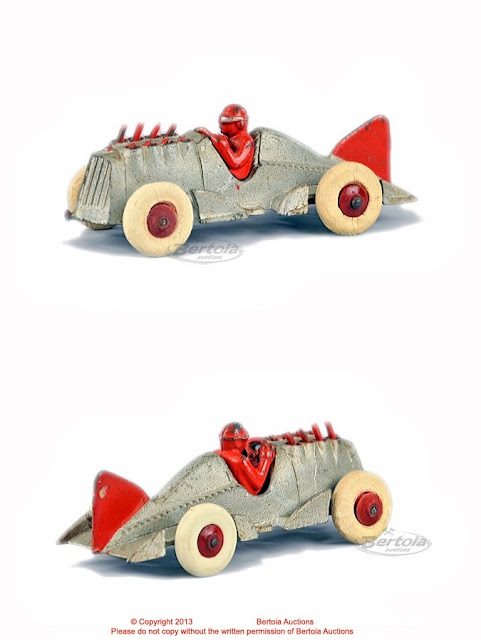 These toys were made in the 1930's and 1940's
You might have also noticed the variations in the tires and wheels.
Details, details, details!

Thanks for dropping by,
and as always, have a great part of the day or night,
wherever you may be.
Stacey
toysearcher@gmail.com

Posted by toysearcher at 4:03 PM